The Knee is a complex joint and is composed of several structures. 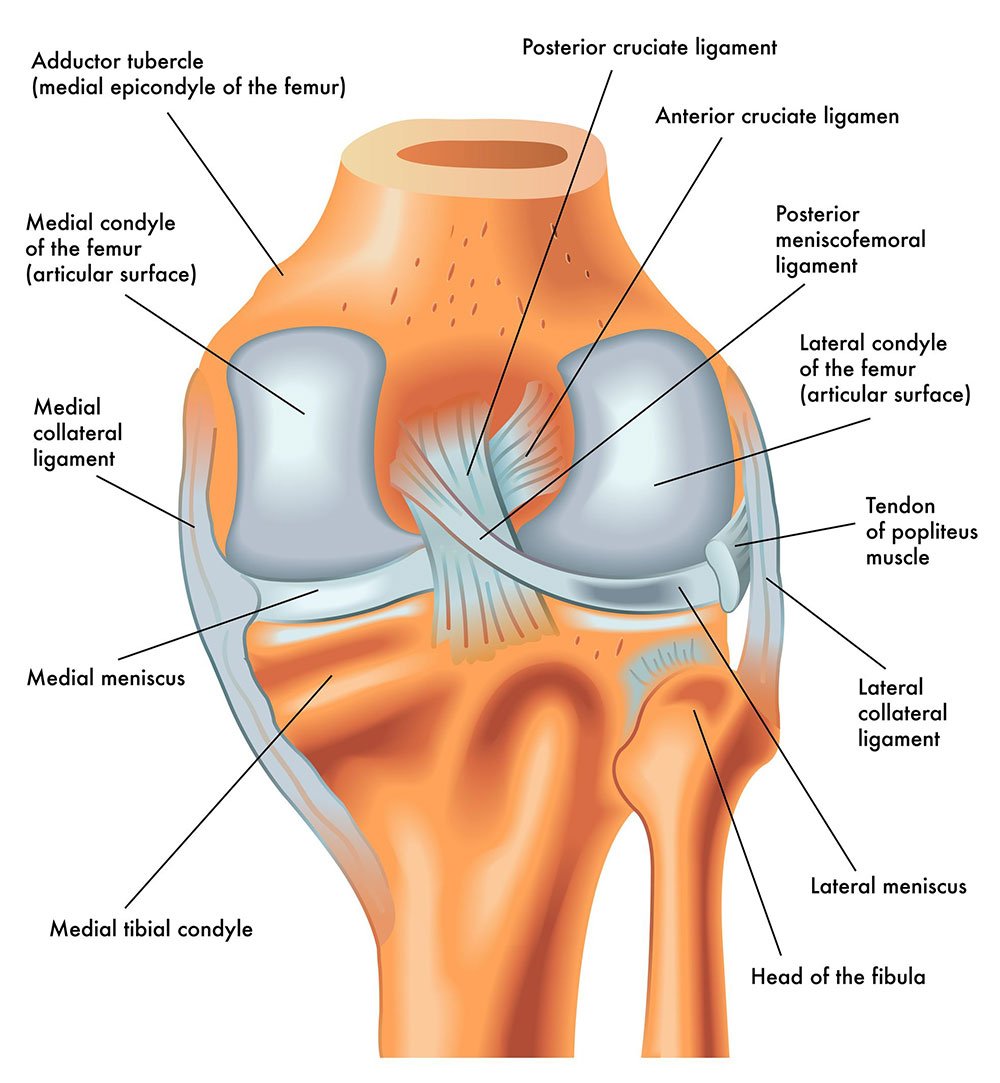 There are three major bones that contribute to the knee joint. At the front of the knee is a bone called the patella (also known as the kneecap). The other two bones are the femur (thigh bone) and the tibia (shin bone). The patella moves on the femur in a groove called the “trochlear groove”.

This joint carries a lot of force with bending activities such as stair climbing and rising from a seated position. This part of the knee joint is called the patellofemoral joint. The main weightbearing part of the knee joint is made up of the articulation between the tibia and femur. This is called the tibiofemoral joint. On the inner side is the medial tibiofemoral compartment and on the outer side is lateral tibiofemoral compartment.

Every joint in the body is lined by articular cartilage and the knee joint is no different. Articular cartilage, also known as “cartilage” lines the back of the patella, the end of the femur and the top of the tibia. Cartilage is a white smooth structure that allows low friction motion in our joints as one bone end moves on the other. Arthritis is a painful process in which this cartilage wears out.

In addition to articular cartilage, the knee joint contains two structures called meniscii. There is one on the inner part of the knee called the medial meniscus and one on the outer part of the knee called the lateral meniscus. These structures are similar to cartilage however they are more rubbery in consistency. Each has a C shape and sits on top of the tibia. The primary role of the meniscus is as a shock absorber, limiting the stress that your cartilage has to undergo during everyday life. The meniscus also helps in joint stability and lubrication of your joint. 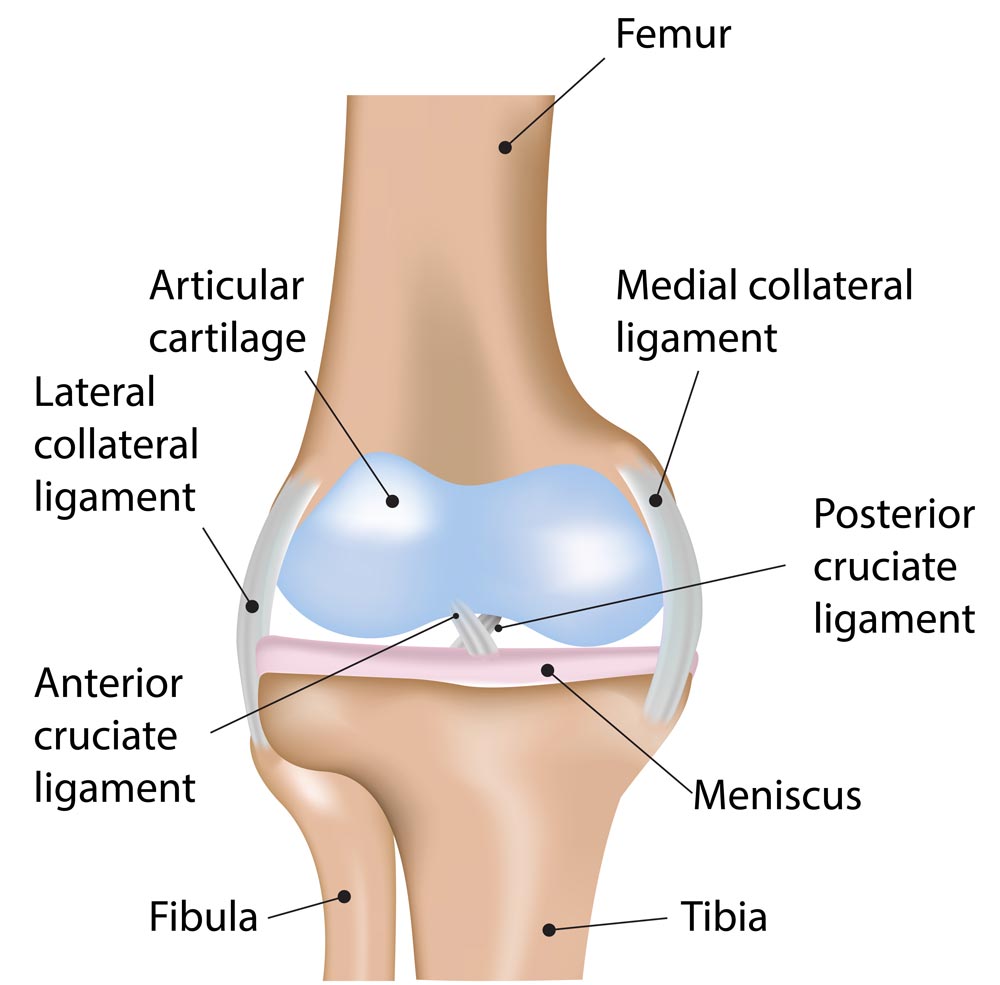 Ligaments are thick pieces of tissue that connect one bone to another. Their function is to provide stability to a joint.

Muscles are structures that move joints. There are two major muscle groups around your knee. The most important one is the muscle at the front of your thigh called the quadriceps muscle.

The quadriceps muscle, via its tendon, inserts into the patella (kneecap). Its primary role it to straighten (or extend) your knee from a bent position. The second major muscle group are the hamstrings. This is made up of multiple muscles at the back part of your thigh. The role of these muscles is opposite in function to your quadriceps muscle, this being for bending (flexing) your knee joint.